The New York Giants are a professional American football team based in the New York metropolitan area. The Giants compete in the National Football League as a member club of the league’s National Football Conference East division. The team plays its home games at MetLife Stadium at the Meadowlands Sports Complex in East Rutherford, New Jersey, west of New York City. The stadium is shared with the New York Jets. The Giants are headquartered and practice at the Quest Diagnostics Training Center, also in the Meadowlands.

To distinguish themselves from the professional baseball team of the same name, the football team was incorporated as the “New York National League Football Company, Inc.” in 1929 and then changed to “New York Football Giants, Inc.” in 1937. While the baseball team moved to San Francisco after the 1957 season, the football team continues to legally use it as its corporate name, which the team is often referred to by fans and sportscasters alike. The team has also acquired several nicknames, including “Big Blue”, the “G-Men”, and the “Jints”, an intentionally mangled contraction seen frequently in the New York Post and New York Daily News, originating from the baseball team when they were based in New York. In addition, the team as a whole is occasionally referred to as the “Big Blue Wrecking Crew”, even though this moniker primarily and originally refers to the Giants defensive unit during the 1980s and early-1990s.

The team’s heated rivalry with the Philadelphia Eagles is the oldest of the NFC East rivalries, dating all the way back to 1933, and has been called the best rivalry in the National Football League in the 21st century.

The Giants played their first game as an away game against All New Britain in New Britain, Connecticut, on October 4, 1925. They defeated New Britain 26–0 in front of a crowd of 10,000.

In its third season, the team finished with the best record in the league at 11–1–1 and was awarded the National Football League title. After a disappointing fourth season owner Tim Mara bought the entire squad of the Detroit Wolverines, principally to acquire star quarterback Benny Friedman, and merged the two teams under the Giants name.

In 1930, there were still many who questioned the quality of the professional game, claiming the college “amateurs” played with more intensity than professionals. In December 1930, the Giants played a team of Notre Dame All Stars at the Polo Grounds to raise money for the unemployed of New York City. It was also an opportunity to establish the skill and prestige of the pro game. Knute Rockne reassembled his Four Horsemen along with the stars of his 1924 Championship squad and told them to score early, then defend. Rockne, like much of the public, thought little of pro football and expected an easy win. But from the beginning it was a one-way contest, with Friedman running for two Giant touchdowns and Hap Moran passing for another. Notre Dame failed to score. When it was all over, Coach Rockne told his team, “That was the greatest football machine I ever saw. I am glad none of you got hurt.” The game raised $100,000 for the homeless, and is often credited with establishing the legitimacy of the professional game for those who were critical. They gave up only 7.5 points per game and shut out five of their 10 opponents, though they lost 14-7 to the Green Bay Packers in the 1944 National Football League Championship Game. The Giants played the Detroit Lions to a scoreless tie on November 7, 1943. To this day, no National Football League game played since then has ended in a scoreless tie. The Giants were particularly successful from the latter half of the 1930s until the United States entry into World War II. From 1958 to 1963, the Giants played in the National Football League Championship Game five times, but failed to win. The game, which the Giants lost in overtime 23–17,

From 1964 to 1978, the Giants registered only two winning seasons and no playoff appearances. and allowing more than 500 points on defense in 1966. Following the game, Wellington Mara fired coach Allie Sherman, and replaced him with former Giants fullback Alex Webster.

In 1967, the team acquired quarterback Fran Tarkenton from the Minnesota Vikings. Despite having several respectable seasons with Tarkenton at quarterback, including a 7–7 finish in 1967 and 9–5 in 1970, Tarkenton would go on to lead the Vikings to three Super Bowls and earn a place in the Hall of Fame,

The Giants were allowed to play their home games at the Yale Bowl in New Haven, Connecticut in 1973 and 1974, and at Shea Stadium in Queens, New York in 1975, due to the renovation of Yankee Stadium. They finally moved into their own dedicated state-of-the-art stadium in 1976, With the Giants trying to kill the clock and secure a win against the Philadelphia Eagles, Jack Mara had died in 1965, leaving his share of the club to his son Tim. Wellington and Tim’s personal styles and their visions for the club clashed, and eventually they stopped talking to each other. National Football League Commissioner Pete Rozelle intervened and appointed a neutral general manager, George Young, allowing the club to operate more smoothly. The feud became moot on February 20, 1991, when Tim Mara sold his shares in the club to Preston Robert Tisch.

In 1979, the Giants began the steps that would, in time, return them to the pinnacle of the National Football League. These included the drafting of quarterback Phil Simms in 1979, and linebacker Lawrence Taylor in 1981. One of the few bright spots during this time was the team’s excellent linebackers, who were known as the Crunch Bunch. After the strike-shortened 1982 season, in which they finished 4–5, and the Redskins 17–0 in the NFC championship game, advancing to their first Super Bowl, Super Bowl XXI, against the Denver Broncos at the Rose Bowl in Pasadena. Led by MVP Simms who completed 22 of 25 passes for a Super Bowl record 88% completion percentage, they defeated the Broncos 39–20, to win their first championship since 1956. In addition to Phil Simms and Lawrence Taylor, the team was led during this period by head coach Bill Parcells, tight end Mark Bavaro, running back Joe Morris, and Hall of Fame linebacker Harry Carson.

The Giants struggled to a 6–9 record in the strike-marred 1987 season, behind an injury-riddled offensive line. The early portion of the 1988 season was marred by a scandal involving Lawrence Taylor. Taylor had abused cocaine and was suspended for the first four games of the season for his second violation of the league’s substance-abuse policy. Despite the controversy, the Giants finished 10–6, and Taylor recorded 15.5 sacks after his return from the suspension; however, the team missed the playoffs in their last game of the season. They surged to a 12–4 record in 1989, but lost to the Los Angeles Rams in their opening playoff game when Flipper Anderson caught a 47-yard touchdown pass to give the Rams a 19–13 overtime win.

In 1990, the Giants went 13–3 and, at the time, set an National Football League record for fewest turnovers in a season. They defeated the San Francisco 49ers, who were attempting to win the Super Bowl for an unprecedented third straight year, 15–13 at San Francisco and then defeated the Buffalo Bills 20–19 in Super Bowl XXV. Quarterback Dave Brown received heavy criticism throughout the season. Brown performed poorly the following two seasons, and the Giants struggled to 5–11 and 6–10 records. The Giants finished the season with a 7–9 record, Fassel’s first losing season as head coach. At a press conference following the Giants’ loss to Detroit, Fassel guaranteed that “this team is going to the playoffs”. The Giants responded, winning the rest of their regular season games to finish the season 12–4 the Ravens dominated the second half. Their defense harassed Kerry Collins all game long, resulting in Collins completing only 15 of 39 passes for 112 yards and 4 interceptions. His head coaching record with the Giants during this time was 58–53–1.

In 2004, three years after their last Super Bowl appearance, Fassel was replaced by Tom Coughlin. Although Collins had several solid seasons as the Giants quarterback, he experienced his share of struggles. In 2004, the Giants completed a draft day trade for University of Mississippi quarterback Eli Manning. Manning became the team’s starting quarterback in the middle of the 2004 season, taking over for Kurt Warner. During the three-year period from 2004 to 2006, Tom Coughlin’s Giants compiled a 25–23 regular season record and two appearances in the Wild Card Round — both losses and spawned intense media scrutiny concerning the direction of the team. During this period in their history, standout players included defensive end Michael Strahan, who set the National Football League single season record in sacks in 2001, and running back Tiki Barber, who set a team record for rushing yards in a season in 2005. Barber retired at the end of the 2006 season. 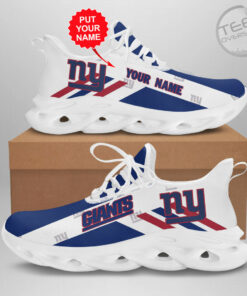 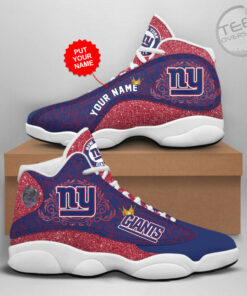 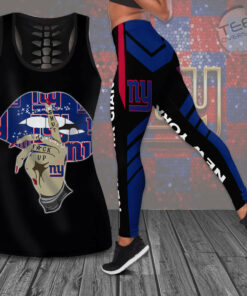 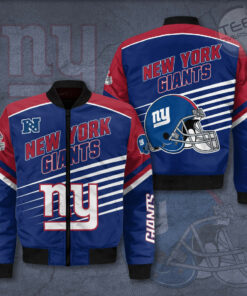 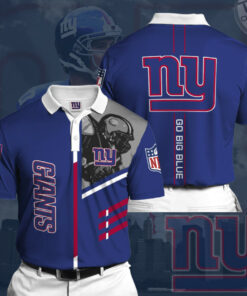 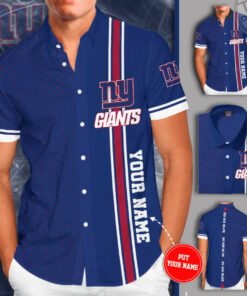 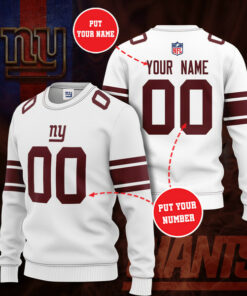 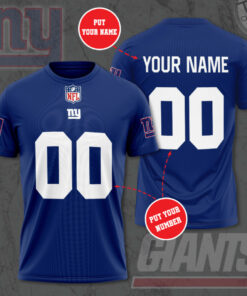 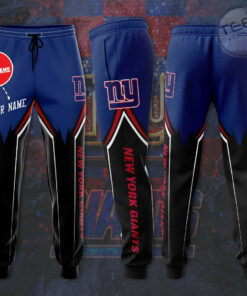 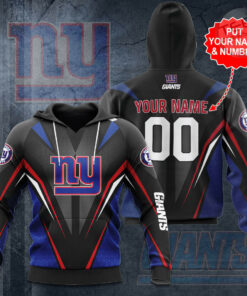 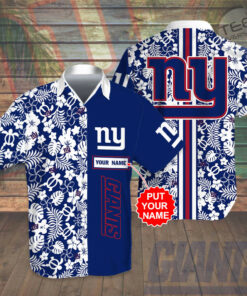