The New York Jets are a professional American football team based in the New York metropolitan area. The Jets compete in the National Football League as a member club of the league’s American Football Conference East division. The Jets play their home games at MetLife Stadium in East Rutherford, New Jersey, west of New York City. The team is headquartered in Florham Park, New Jersey. The franchise is legally organized as a limited liability company under the name New York Jets, LLC.

The first organizational meeting of the American Football League took place on August 14, 1959. Harry Wismer, representing the city of New York at the meeting, proclaimed the state was ready for another professional football team and that he was more than capable of running the daily operations. He secured the Titans’ home field at the decrepit Polo Grounds, where the team struggled financially and on the field during its first three years. By 1962, the debt continued to mount for Wismer, forcing the AFL to assume the costs of the team until season’s end.

A five-man syndicate, headed by Sonny Werblin, saved the team from certain bankruptcy, purchasing the lowly Titans for $1 million in 1963. Werblin renamed the team the New York Jets since the team would play near LaGuardia Airport and because it rhymed with the New York Mets as they would be playing in Shea Stadium. The new name was intended to reflect the modern approach of his team. The Jets’ owners hired Weeb Ewbank as the general manager and head coach.

When the AFL and National Football League merged, the team fell into a state of mediocrity along with their star quarterback, Namath, who only had three successful post-merger seasons after injuries hampered much of his career. The Jets continued to spiral downward before enjoying a string of successes in the 1980s, which included an appearance in the 1982 AFC Championship Game, and the emergence of the popular New York Sack Exchange.

The early 1990s saw the team struggling. After firing coach Bruce Coslet, owner Leon Hess hired Pete Carroll who struggled to a 6–10 record and was promptly fired at the end of the season. Parcells led the team back to relevance and coached them to the AFC Championship Game in 1998. Hess died in 1999 while the team, plagued by injuries, produced an eight win record, falling short of a playoff berth.

The franchise obtained a new owner in Woody Johnson in 2000. Additionally, through the 2000s the Jets visited the playoffs five times, a franchise record, under the direction of three coaches. Rex Ryan was hired in January 2009. In the draft that year the Jets would take USC quarterback Mark Sanchez with the fifth overall pick with the intent of making him the franchise centerpiece. Ryan and Sanchez led the team to back-to-back AFC Championship Game appearances during their first two years, but the team never made the playoffs again during their tenure. After a 4–12 season in 2014, Sanchez was released, while Ryan and general manager John Idzik were fired.

Perhaps the most famous of the Jets’ first round picks came in 1965 when they selected Alabama quarterback Joe Namath who boosted the Jets into the national spotlight with his boisterous personality and lifestyle. His physical talents on the field helped improve the Jets’ fortunes, leading them to victory over the Baltimore Colts in Super Bowl III. Confident in their decision, the Jets drafted Thomas with the second overall pick in 1990, expecting him to be a solid player for years to come.

Kyle Brady in 1995, who was drafted ahead of Warren Sapp, one of many disappointments during Rich Kotite’s tenure as coach. However, in the same draft, the Jets did better with Hugh Douglas. Dewayne Robertson was a fourth overall selection in 2003 by the Jets. The defensive tackle out of Kentucky failed to make a big impact with the team. He accounted for 14.5 sacks in his 5 seasons with the team, a rather underwhelming player given what the Jets had hoped for. At quarterback, the Jets found themselves dealing with the consequences of drafting University of Alabama QB Richard Todd in 1976. In his tenure with the Jets, he threw for more interceptions than he did touchdowns. In the ’81 season, the Jets played vs the Miami Dolphins in the AFC Championship Game. Todd threw for 5 interceptions and the Jets lost the game. A year later, Todd would be traded to the New Orleans Saints. The most recent bust, Dee Milliner, was drafted by the team in 2013. Milliner played his college career at the University of Alabama and had high expectations after being drafted. Lasting just 3 years with the team, Milliner’s career was plagued by injuries and inconsistency, recording only 3 interceptions during his brief Jets career.

In the 2013 and 2014 seasons, one of the Jets’ strongest units was their defensive line, manned by 1st Round selections Muhammad Wilkerson and Sheldon Richardson. In 2013, Wilkerson ended the season with 10.5 sacks, matching the last Jets player to have more than 10 sacks in a single season, John Abraham in 2005. Also that year, Richardson was honored with an award from the AP for Defensive Rookie of the Year. The Jets’ run defense was stout with all three in the line up, finishing fifth as a team in rushing yards allowed in 2014.

In the 2017 National Football League Draft, the Jets selected Jamal Adams with the sixth overall pick out of LSU. Adams had a strong start to his early career, making the Pro Bowl in the 2018 season and winning the Defensive MVP Award alongside Kansas City Chiefs’ quarterback Patrick Mahomes as the Offensive MVP.

In the 2019 National Football League Draft, the Jets selected Quinnen Williams from Alabama with the third overall pick. Williams had been touted as the best overall prospect leading up to the draft, being compared to defensive tackle superstar Aaron Donald. Williams ended up being the final first-round pick by then general manager Mike Maccagnan, who was fired shortly after the draft. Williams struggled in his rookie year with injuries and inconsistent play, but showed promise as a defensive anchor in his 2020 season: he recorded 7.0 sacks and 55 total tackles before being added to the Injured Reserved list in the final weeks of the season.

In the 2020 National Football League Draft, the Jets selected offensive tackle Mekhi Becton from Louisville with the eleventh overall pick. 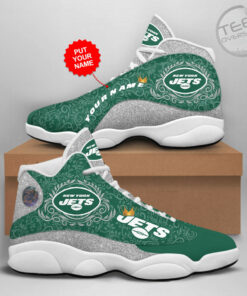 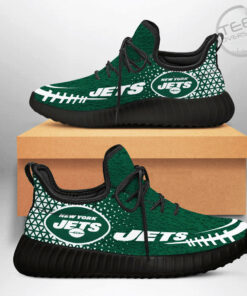 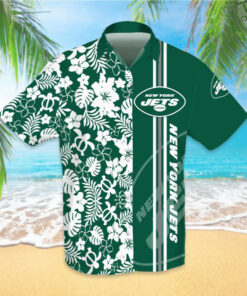 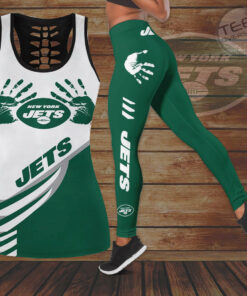 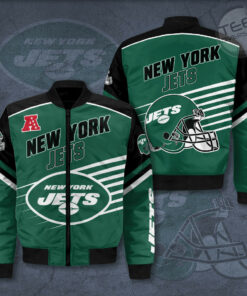 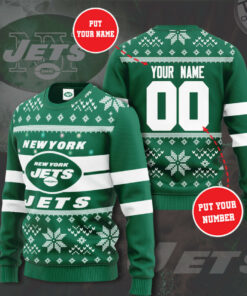 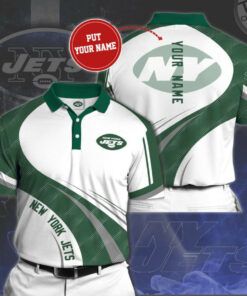 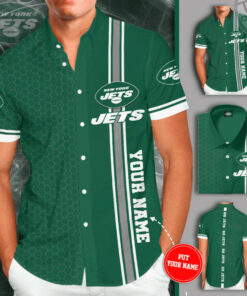 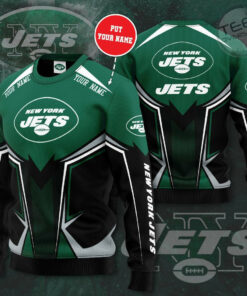 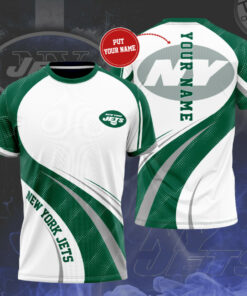 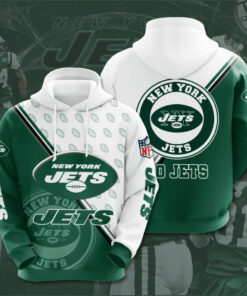