The team was founded in 1946 as a charter member of the All-America Football Conference, and joined the National Football League in 1949 when the leagues merged. The 49ers were the first major league professional sports franchise based in San Francisco, and are the 10th oldest franchise in the National Football League. The team began play at Kezar Stadium in San Francisco before moving to Candlestick Park in 1971, and then to Levi’s Stadium in 2014. Since 1988, the 49ers have been headquartered in Santa Clara.

The 49ers won five Super Bowl championships between 1981 and 1994. Four of those came in the 1980s, and were led by Hall of Famers Joe Montana, Jerry Rice, Ronnie Lott, Steve Young, Charles Haley, Fred Dean, and coaches Bill Walsh and George Seifert. They have been division champions 21 times between 1970 and 2021, making them one of the most successful teams in National Football League history. The 49ers rank fourth all-time in playoff wins, having been in the league playoffs 28 times, and have also played in the most NFC Championship games, hosting 10 of them, also an NFC record. The team has set numerous notable National Football League records, including most consecutive away games won, most points scored in a single postseason, most consecutive seasons leading the league in scoring, most consecutive games scored, most field goals in a season, most games won in a season, and most touchdowns and points scored in a Super Bowl.

According to Forbes, the 49ers are the sixth most-valuable team in the National Football League, valued at $3.05 billion in September 2019. In 2020, they were ranked the 12th most valuable sports team in the world, behind the Los Angeles Rams and above the Chicago Bears. In 2018, the enterprise branch of the 49ers announced they bought a 15% minority ownership share in the English football club Leeds United F.C.; in 2021, this stake was increased to 44%.

The San Francisco 49ers, an original member of the new All-America Football Conference, were the first major league professional sports franchise based in San Francisco, and one of the first major league professional sports teams based on the Pacific Coast. In 1946, the team joined the Los Angeles Dons of the AAFC and the Los Angeles Rams of the rival National Football League as the first three teams playing a “big four”-sport in the Western United States,

During the decade of the 1950s, the 49ers were known for their so-called “Million Dollar Backfield”, consisting of four future Hall of Fame members: quarterback Y. A. Tittle and running backs John Henry Johnson, Hugh McElhenny, and Joe Perry. They became the only full-house backfield inducted into the Pro Football Hall of Fame.

For most of the next 13 years, the 49ers hovered around.490, except for 1963 and 1964 when they went 2–12 and 4–10 respectively. Key players for these 49ers included running back Ken Willard, quarterback John Brodie, and offensive lineman Bruce Bosley. During this time the 49ers became the first National Football League team to use the shotgun formation. It was named by the man who actually devised the formation, San Francisco 49ers’ coach Red Hickey, in 1960. The formation, where the quarterback lines up seven yards behind the center, was designed to allow the quarterback extra time to throw. The formation was used for the first time in 1960 and enabled the 49ers to beat the Baltimore Colts, who were not familiar with the formation.

In 1961, primarily using the shotgun, the 49ers got off to a fast 4–1 start, including two shutouts in back-to-back weeks. In their sixth game they faced the Chicago Bears, who by moving players closer to the line of scrimmage and rushing the quarterback, were able to defeat the shotgun and in fact shut out the 49ers, 31–0. Though the 49ers went only 3–5–1 the rest of the way, the shotgun eventually became a component of most team’s offenses and is a formation used by football teams at all levels. In 1962, the 49ers had a frustrating season as they won only 6 games that year. They won only one game at Kezar Stadium while on the road they won five of seven games. After posting a losing record in 1963. Victor Morabito died May 10, 1964, at age 45. The 1964 season was another lost campaign. According to the 1965 49ers Year Book the co-owners of the team were: Mrs. Josephine V. Morabito Fox, Mrs. Jane Morabito, Mrs. O.H. Heintzelman, Lawrence J. Purcell, Mrs. William O’Grady, Albert J. Ruffo, Franklin Mieuli, Frankie Albert, Louis G. Spadia and James Ginella. The 1965 49ers rebounded nicely to finish with a 7–6–1 record. They were led that year by John Brodie, who after being plagued by injuries came back to become one of the National Football League’s best passers by throwing for 3,112 yards and 30 touchdowns. In 1966, the Morabito widows named Lou Spadia, team president.

For the 1968 season, the 49ers hired as their head coach Dick Nolan, who had been Tom Landry’s defensive coordinator with the Dallas Cowboys. Nolan’s first two seasons with the 49ers had gone much the same as the previous decade, with the 49ers going 7–6–1 and 4–8–2.

The 49ers started out the 1970 season 7–1–1, with their only loss a one-point defeat to Atlanta. After losses to Detroit and Los Angeles, the 49ers won their next two games before the season finale against the Oakland Raiders. Going into the game the 49ers had a half-game lead on the Rams and needed either a win or the Giants to defeat the Rams in their finale to give the 49ers their first-ever divisional title.

The 49ers won their second straight divisional title in 1971 with a 9–5 record. The 49ers again won their divisional playoff game, this time against the Washington Redskins by a 24–20 final score. This set up a rematch against the Dallas Cowboys in the NFC Championship game, this time played in Dallas. Though the defense again held the Cowboys in check, the 49ers offense was ineffective and the eventual Super Bowl champion Cowboys beat the 49ers again, 14–3. In 1971, eight 49ers made the Pro Bowl, including defensive back Jimmy Johnson and Gene Washington, both for the second year in a row, as well as defensive end Cedric Hardman, running back Vic Washington, and offensive lineman Forrest Blue.

The 49ers won their third consecutive NFC West title in 1972 with five wins in their last six games, making them the only franchise to win their first three divisional titles after the 1970 AFL–National Football League merger. Their opponents this time in the divisional playoffs were the Dallas Cowboys, making it the third consecutive year the teams faced each other in the playoffs. Vic Washington took the opening kickoff 97 yards for a score, and the 49ers took a 21–6 lead in the second quarter. After the 49ers took a 28–13 lead in the fourth quarter, Tom Landry sent quarterback Roger Staubach, who was backing up Craig Morton, into the game. Staubach quickly led the Cowboys on a drive to a field goal, bringing the score to within 28–16, and as the game wound down it appeared that this would be the last points the Cowboys would get. However, Dallas completed the comeback in the last two minutes. Just after the two-minute warning, Staubach took just four plays to drive 55 yards in only 32 seconds, hitting Billy Parks on a twenty-yard touchdown pass to bring the score to 28–23. Cowboys kicker Toni Fritsch then executed a successful onside kick that was recovered by Mel Renfro, giving the Cowboys the ball at midfield with 1:20 left on the clock. With the 49ers on the ropes, Staubach scrambled for 21 yards, then completed a 19-yard sideline pass to Billy Parks who went out of bounds at the 10-yard line to stop the clock. Staubach then completed the comeback with a 10-yard touchdown pass to Ron Sellers with only 52 seconds left, giving the Cowboys a dramatic 30–28 victory; it was the third straight season the Cowboys had defeated the 49ers in the postseason. It would also be their last postseason appearance for nine years.

The 49ers run at the top of the NFC West ended in 1973 with the 49ers falling to a 5–9 record, their worst since 1969. The team lost six of its last eight games, including games to the also-ran New Orleans Saints and Detroit Lions. In the final season of his career, longtime 49ers quarterback John Brodie split playing time with two other quarterbacks, most notably longtime backup Steve Spurrier. The team also suffered from not having a dominant running back, with Vic Washington leading the team with only 534 yards rushing.

In 1974, the 49ers drafted Wilbur Jackson from the University of Alabama to be the team’s primary back. Jackson enjoyed a fine rookie year, leading the 49ers with 705 yards rushing. He and fellow running back Larry Schreiber combined for over 1,300 yards rushing. With Steve Spurrier injured and missing nearly the entire year, the 49ers did not have a regular quarterback but did put together a respectable 6–8 record. Following the season, longtime tight end Ted Kwalick left the 49ers to join the World Football League, then the Oakland Raiders upon the WFL’s dissolution.

The 1978 season was a disaster for the 49ers, as they finished 2–14, their only wins coming against the Cincinnati Bengals and Tampa Bay Buccaneers. Simpson indeed led the team in rushing, but with less than 600 yards. It became apparent that Simpson’s knees and body were worn out, and he was near the end of his career. Wilbur Jackson also missed the entire season due to injury. Even worse for the franchise was that their first pick of the 1979 draft was traded to the Bills as part of the O. J. Simpson deal. Joe Thomas was fired following the season. Some of the key … 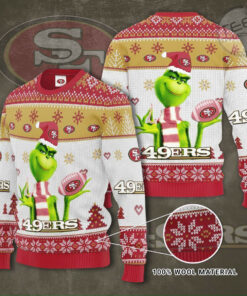 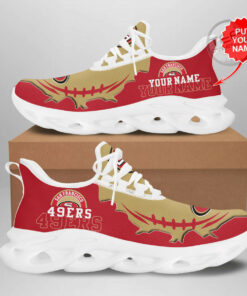 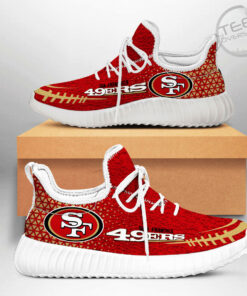 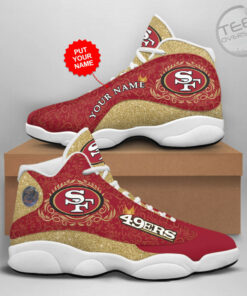 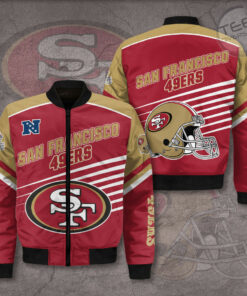 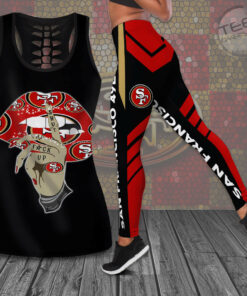 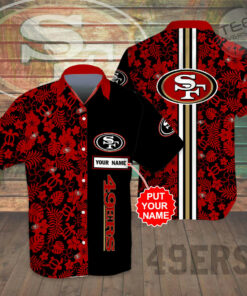 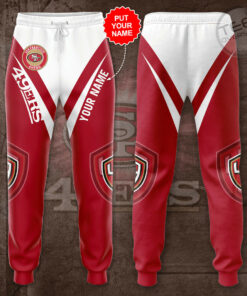 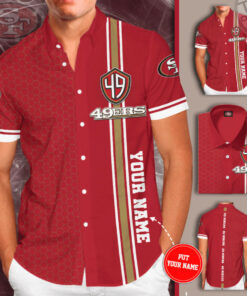 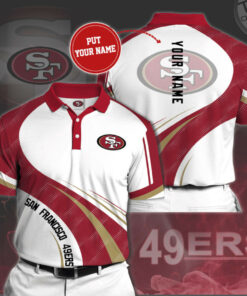 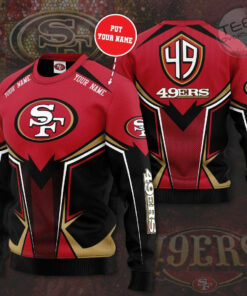 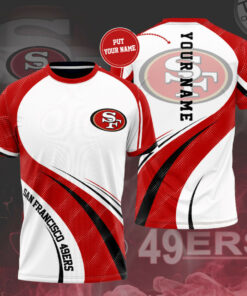 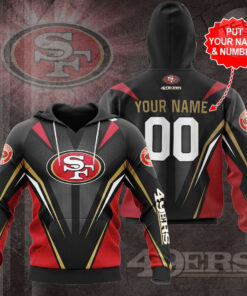